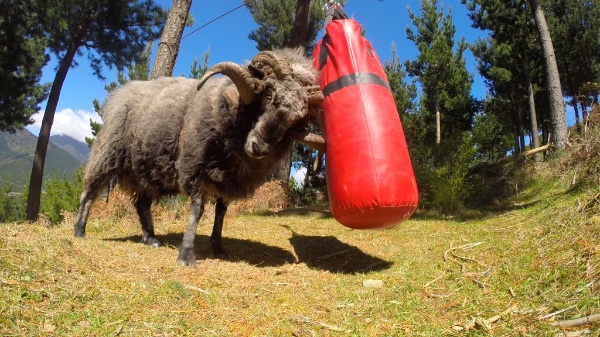 The season came in like a lion on Monday, when our Sun crossed the World Axis from 29 Pisces to 0 degrees Aries. We now have four major planets in the hot-headed, action-packed, light-the-fuse sign of the ram (the Sun, Mercury, Venus, and Uranus), along with the dwarf planet Eris, Goddess of Discord – who is still in orb of her recent conjunction with Uranus.

And we STILL have both Mars and Jupiter answering to warrior princess Venus-in-Aries. (And – Mars in the Ingress chart is on the asteroid Sisyphus, everlastingly rolling the boulder up the hill.)

Are you feeling the burn yet?

It certainly is visible in the collective. As I have discussed in past columns, Uranus-Eris conjunctions like the one we had last Friday often correspond with both terrorism and political upsets.

This time, we saw terrorist attacks in New York City on Tuesday and London on Wednesday, as well as the HUGE revelation on Monday that the President of the United States is definitely under investigation for treason – which, though shocking (Uranus), shouldn’t be too surprising at this point, given all the information already in the public domain about the Trump campaign’s ties to Vladimir Putin (laid out succinctly by Rep. Adam Schiff in this nine-minute speech to the House Intelligence Committee).

Eris is the embodiment of the Angry Feminine, the original “nasty woman,” who (in the world of astronomy) got Pluto demoted from full planet to dwarf, and (in the realm of mythology) started the Trojan War. She makes us aware of who feels left out and why – ultimately leading us (or poking or prodding or pushing or shoving us) to a life of greater justice and fairness.

After the first Uranus-Eris conjunction in June 2016, I advised readers to watch for “public expression of anger, breaking of barriers, shattering of limits, and profound social change” when the aspect repeated on September 26, 2016 and March 17, 2017. So, here we are. Don’t you just LOVE astrology?

To me, one of the great gifts of astrology is that it makes us aware of the cycles of life. Nothing lasts forever. You may FEEL like an angry ram right now, frustratedly beating your head against a wall (or a punching bag, or a six ton bulldozer – what did we do before YouTube!?); but you, savvy reader, know that these are transits, which shall pass.

Aries is the first sign in the Zodiac, and in many ways, the most basic. Aries says, “I am.” Just, “I am.” What are you, at your most basic: apart from your activities, relationships, and possessions? What are you at your core? Your essence is more than the sum of your parts. Use this Aries season to touch in with that.

The word “sovereignty” has been on my mind a lot lately, as in “personal sovereignty.” According to the dictionary, sovereignty is the state of “having supreme power or authority,” reigning. If anyone or anything is trying to deny you sovereignty over your own life, this is a great time to “cast off the shackles of yesterday” and claim what is yours. If you need backup, call Eris.

And as always when there is this much Fire in the sky, please be extra careful with flames and electricity, and watch out for burns or burning sensations (i.e. from heat, sunlight, spices, or acids).

My next New Moon Manifestation Circle webinar is scheduled for this Sunday night, March 26th. Join me for more on how to harness this weekend’s Venus Star Point (in Aries, of course) and how to work productively with the upcoming New Moon!