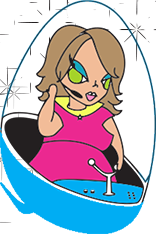 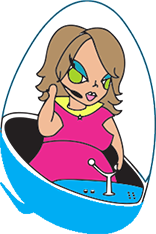 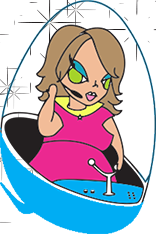 Did you know the United States Progressed Mars stations and go retrograde for 80 YEARS in July 2006? Mars will go backwards until 2086 ~ well past the lifetimes of most of us! Mars travels backwards to station at 0 Libra and returns to pass where he is now in 2148. Mars entered his shadow, 0 Libra, in September of 1940, during the Battle of Britain as World War 2 heated up. It got me thinking about what Mars going retrograde will mean to us as citizens of our country and the world?

The USA July 4 1776, 5:10 pm LMT, Philadelphia, PA chart was publicized by Ebenezer Sibly, an astrologer and Freemason, eleven years after the Declaration of Independence was signed. Washington, Franklin and Hancock, principals in the movement toward independence from the crown of England, were USA Freemasons. Masonic imagery appears in our country’s symbols, on our currency and in the physical layout and design of Washington, D.C.

Our Declaration of Independence, the U.S. Constitution and Bill of Rights were based on fundamental beliefs of Masons. Thirteen of the fourteen signatories to the Constitution were members of the fraternity of Masons. Freemason principles include: Faith must be the center of our lives. All men and women are the children of God. No one has the right to tell another person what he or she must think or believe. Each person has a responsibility to be a good citizen, obeying the law. It is important to work to make the world a better place for all. Honor and integrity are keys to a meaningful life.

As always, we evaluate any chart’s natal potential to discern what a progression means. Whether the chart was consciously elected by our Freemason Founding Fathers (I like that idea!) or chosen by the cosmos, universe and fate, the USA chart has a profound western, or “other” orientation, echoing many of the Masonic principles. Back in 1776, the chart would not have the outer planets of Uranus, Neptune and Pluto. The seven visible cosmic bodies are placed in terrific locations to support and create a country which would thrive by following the golden rules of the Masons.

Mars joined to natal Saturn by progression in August of 1979. Up until 1979, Mars had been in a balsamic approach to Saturn for the entire existence of the United States. As a result of the balsamic approach and natal placement, Mars’ activities were largely “shielded” from view, not particularly effective or quite “weak“ as he loses his power in his approach to Saturn. However, once Mars JOINS to Saturn, in 1979, a brand new cycle begins ~ and Mars‘ actions become much, more visible. First, Mars is right up there, high in the sky, next to natal Saturn. Second, conjunctions seed a new Mars/ Saturn cycle. Third, conditions have changed as the ruler of Progressed Mars is now Venus, in her exaltation in Pisces ~ community, connection, love, peace and the higher good for all need to be our guides for all actions. Venus as Mars’ ruler suggests our “enemies” will have more strength and power, especially if they come from a place of poverty, want or profound religious connection to beliefs.  Fourth, if we use Mercury as the ruler of Progressed Mars, because he rules Natal Mars, Mercury is now in HIS exaltation in Aquarius providing a brilliance, vision and detached understanding of the karmic principles of the founding Masons. After looking at that conjunction, I wonder if our Founding Fathers progressed the USA chart forward and said, “Terrific, if the United States of America makes it to 1979, we’ve got a terrific chart set up for the next few thousand years of our existence provided we follow Masonic rules.”

The Mars/Saturn conjunction was the last progressed aspect before the progressed station and retrograde, so 1979 events will deeply impact, reflect and echo what we can expect during our eighty year Mars retrograde back to 0 Libra. We also want to watch what happens when Mars rejoins Saturn by conjunction in May of 2031 as echoes of 1979 will reappear. So what did happen in 1979?

In 1979, the citizens of Iran overthrew the Shah of Iran and installed the Muslim fundamentalist republic ruled by Ayatollah Ruhollah Khomeini as Anastasio Somoza Debayle fled Nicaragua on the eve of the Marxist revolutionary victory. Both the Shah of Iran and Anastasio Somoza Debayle were dictators supported by the United States. Following the people’s revolutions in Iran and Nicaragua, Reagan-Bush engaged in the much publicized Iran Contra affair in the early 1980s. The United States sold arms to Iran, a supposedly avowed enemy, to fight Iraq, ruled by our friend Saddam Hussein. We also sold arms to Saddam Hussein. The United States used the secret money from the Iran arms sales to fund the Contras, an anti-communist guerrilla organization seeking to over throw the 1979 revolutionary Marxist government of Nicaragua.

Also in 1979, the Soviet Union invaded Afghanistan after a Marxist regime took power.  In December 1979, the Soviets launched a full-scale invasion of Afghanistan, installing a Soviet-backed Afghan government. They were met with fierce popular resistance of guerrilla forces, mujahideen, who pledged a jihad, or holy war, to expel the infidel invaders.  Moscow’s troops were soon bogged down in a no-win conflict with Afghan fighters. Many people believe that long, drawn out war led to the Soviet Union’s economic collapse in 1989.

For years, the United States has supported brutal dictators who do what we want because we pay them. However, after 1979, we started to see our ability to do that type of behind the scenes work blocked, publicized, or discussed in a much more open manner. Global communication grew in speed, technology permitted free interconnections between various cultures and communities and people learned things they didn’t previously know about. As a result of the Age of Aquarius arriving, consensus, community, tribal, societal, group, information and knowledge moved out into much more public arenas. Our Mars behavior is more visible than it used to be! Natally, our Mars is Gemini allowed us to be a terrific liar ~ we could say one thing and do another, pretty much without consequences or charm our way out of the situation IF we got caught. Now, that Mars started a new cycle with Saturn, we are operating under a different set of rules. Mars’ ability to control information is simply not what it used to be.

Mars is stationary for 2 to 3 days before and after it stops, so by progression, that period corresponds to 2 to 3 years or 2003 through 2009. Llewellyn George says “When a planet is direct, its power of its own inherent nature is normal, when retrograde the influence is subnormal among the benefics and abnormal among the Malefics.” Mars is a malefic so we can expect the retrograde progression to produce an abnormal behavior of Mars. Uh-oh, that doesn‘t sound good! The time frame of 2003 corresponds with our invasion of Iraq. So as Mars stationed to go retrograde by progression, we began a war of choice in the same area of the world we lost “control” of back in 1979 when Mars joined with our Natal Saturn. We are in a conflict with Afghanistan, the same area of the world that economically brought the other super power, the Soviet Union, to its knees via a no-win conflict. We are engaged in fighting “insurgents” instead of mujahideen. Don’t you wonder what the insurgents call themselves? Have they pledged a jihad, or holy war, to expel the newest infidel invaders?

What would abnormal behavior of Mars in Libra look like? First start with what Mars in Libra looks like ~ charming, generous, amiable, cooperative, persuasive, entertain and be sociable, interested in new ideas, quick to seek justice where ever it is lacking, leader of others, confuse your desires and ambitions with others, lack self reliance, need to develop ability to stand alone, lazy, and feel everyone should abide by your rules. It promotes development of observation and perception skills, clear vision, refined taste, enterprising, and idealistic being.

If we look up the reverse of those key words we get dull, tightfisted, disagreeable, uncooperative, unconvincing, annoying, hostile, close minded, unjust, loner, greedy, selfish, ambitious, dependent, follower, neglectful, blinded, cloudy vision, coarse taste, copycat, sluggish, and slothful. The only words I remotely like are realistic as the opposite of idealistic ~ but it could be cynical. And energetic instead of lazy ~ but we are fat and don‘t get enough exercise! Of course, learn to stand alone could morph into working cooperatively with others. Instead of telling everyone to abide by our rules, we could learn to listen and play by the groups’ rules (or even the Mason‘s rules). We could make Love not war. We don’t need to lead, we can work together, cooperatively, on our increasingly smaller planet. Too bad Thomas Jefferson isn’t around to remind us to act as though the world were looking at us.

So what do you think Mars Retrograde in Libra will look like for the next 80 years?  How will Truth, Justice and the American way change? What is our collective vision for the country our Masonic Founding Fathers carved out with the words “When in the Course of human events it becomes necessary for one people to dissolve the political bands which have connected them with another and to assume among the powers of the earth, the separate and equal station to which the Laws of Nature and of Nature’s God entitle them, a decent respect to the opinions of mankind requires that they should declare the causes which impel them to the separation. We hold these truths to be self-evident, that all men are created equal, that they are endowed by their Creator with certain unalienable Rights, that among these are Life, Liberty and the pursuit of Happiness.”