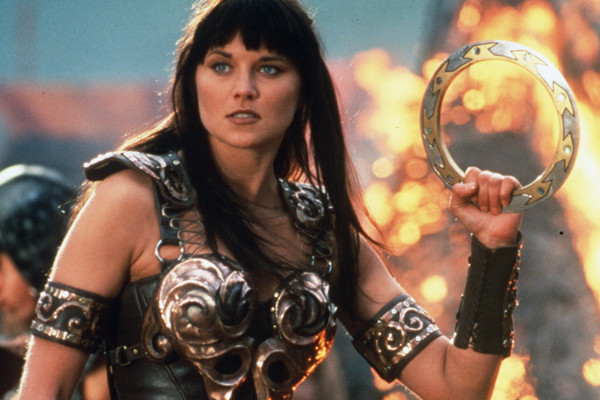 Fasten your seat belts: it’s looking like another rocking week. Many of us are still reeling from Sunday’s Eclipse – yet we’re facing two new big events in the next several days.

On Thursday, March 2nd at 8:19 PM Eastern US time, Jupiter opposes Uranus at 22 degrees on the Libra-Aries axis, triggering the T-Square with Pluto.

Then, on Saturday, March 4th at 4:08 AM Eastern US time, the Goddess of Love stations at 13 degrees Aries. Venus will go retrograde in Aries (with a brief dip into Pisces) for the next 40 days, and she won’t clear her retrograde shadow till the middle of May. It’s going to be a long journey.

As Venus goes retrograde, she’s turning from a peaceful Evening Star to a pugnacious Morning Star. Furthermore, fiery Aries is the sign of her detriment; so she never feels quite cozy in this neck of the Zodiac. All Venus wants is to be sweet and helpful . . . in the real world, however, sometimes you’ve just gotta flame them.

Venus in Aries is a warrior princess, which makes this a GREAT time to do battle with whatever holds you back. Any negative habits that your personal Venus might have (think about the Taurus and Libra Houses of your chart, as well as the house that your natal Venus lives in) – now is the time to tackle them. Put yourself in boot camp. Cut up the credit cards. Kickbox. Take steps to leave unhealthy relationships. Begin to develop stronger boundaries.

Venus entered her retrograde shadow on January 30th and will finish passing through it on May 19th. Worldwide, this is the Season of the Nasty Woman. If a woman in your life is acting petulant and vituperative, do your best to understand the message behind it. The same goes for the “anima,” the feminine side in us all. Precisely why are you (or they) feeling so exceptionally mad?

This is NOT a good time for complicated beauty procedures. No plastic surgery, please, until the Goddess clears her shadow. You might even want to wait until Venus leaves Aries for Taurus, which is not till the beginning of June.

Like Mercury retrograde, Venus retrograde often brings ghosts from our pasts. If an old flame calls you, pick up the phone. You might just rekindle that romance – or, at least, learn something important about what went wrong.

Perhaps it is time, as Shakespeare wrote, to “be fire with fire / Threaten the threatener, and outface the brow / Of bragging horror.” That is, to teach any bullies not to mistake your kindness for weakness.

Of course, firefighters do often literally fight fire with fire. When a prairie fire is raging, one way to stop it is to burn up a section of land where the fire is due to come. Then, when the wildfire gets there, there’s nothing to feed it. Think about  how this metaphor might show itself in your life.

These planets in Aries are serving as backup to Uranus, as he faces down Jupiter on Thursday. Jupiter is usually a match for Uranus, but at the moment the Lord of the Sky is rather weak since (being in Libra) he is ruled by Venus in Aries. For the moment, Uranus is winning.

Consider the recent town hall protests here in the US during last week’s congressional recess, where huge crowds (Uranus) of angry (Aries) constituents met to voice their displeasure at the new president’s erratic and unethical style of governing, and Republican elected officials’ collusion with him.

Some, like Senator Tom Cotton of Arkansas, tried to be polite and noncommittal (Libra) when confronted (without much success). Others, like Congressman Louie Gohmert of Texas, refused to meet their constituents at all. And still others, like our current president, resorted to lying (also a Libran strategy) – claiming, without a shred of evidence, first that these citizens are paid to protest, and then, that that they have been compelled to do so by former president Barack Obama.

These elected officials returned to Washington this week. The constituents’ message has been delivered – but for most in congress, it’s not going to change their behavior. Fair-minded citizens and residents of this country will become increasingly upset under Venus retrograde, especially around the end of March, when Jupiter squares Pluto. Uranus and Eris meet up for the 3rd and final time March 15th-18th, amplifying the energy of passionate fire combining with angry women to bring hidden things to light. Look for a come-to-Jesus moment on or near March 30th. That’s when it becomes totally impossible not to face facts. The problem won’t be able to be ignored any longer.  March comes in like a lion and leaves like a lion – with a load ROAR!!!

The T-Square of Jupiter, Uranus, and Pluto, which runs most of this year, is pouring massive amounts of cosmic energy into the Cancer House of your chart, as well as the parts of your chart governed by the Cancer-ruled Moon.

As it happens, I will soon be teaching a live, in-person workshop in New York City about the Moon and Lunar phases (as wells covering some of the most important asteroids). The workshop is scheduled for the weekend of March 11th and 12th, and will be co-taught with my Access Astrology colleagues Heather Roan Robbins and Mark Wolz.

TOMORROW (March 1st) is the last day to sign up at the early-bird price. If you think this workshop might be helpful to you, please click here for more information.

Thanks for being you – and take care, everybody!