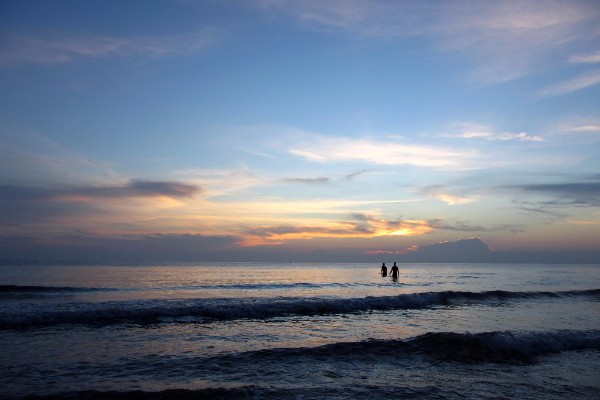 Greetings from the bright red desk in New York City, where the season of summer has just begun! The Sun entered Cancer just after midnight last night: Wednesday, June 21st at 12:24 AM Eastern US time.

Cancer, of course, is ruled by the Moon, whose mutable moods affect us more strongly than usual, whenever several planets are traveling through her sign. As of today, we have the Sun, Mercury, and Mars all in Cancer – meaning that whenever the Moon changes signs (approximately every two and a half days), our identity, communications style, and drive will also be changed.

This Cancer Ingress chart has both Mercury and Mars out-of-bounds and both combust the Sun, making things highly reactive and emotionally charged. Mars, meanwhile, is trine to the Ascendant and Neptune, who are conjunct in Pisces. It’s a good month to process deep, old feelings around home and family. (How did that wound help you become the splendid person you are now?) It also means the summer will be fairly rainy. Yesterday’s tempest along the East Coast was a precursor of weather ahead.

There is a sense of softness or haziness in the chart, augmented by the fact that the Moon and Venus are conjunct in Taurus and in mutual reception, with Venus on the World Axis (and notwithstanding the Grand Trine in Fire, Fire, Fire which will remain in orb through November).

Additionally, here are two Mystic Rectangles tying into these Fingers of God, suggesting that the path will be structured in a way that’s hard to miss. Follow the guidance you receive; you’ll know it when you see it. There’s also a Stretched Pentagram, also tied into the focused Fingers of God, which kicks up the Venusian energy of the chart. These three configurations don’t normally occur together! Take them as extra encouragement to follow your heart.

And last, but certainly not least, there are four Hammers of Thor in this chart, all tied to the Nodes of Fate. Whatever it is, if you’re not supposed to be doing it, the Hammers will knock it out of your life. Be prepared for things to depart suddenly, if the karma is complete and the purpose fulfilled.

Think through your values, and your value. Turn the rudders now if you find you’re off course – or else, the Fingers of God might pick you up by the scruff of the neck, and drop you off someplace completely new. A client of mine recently called this a “sharp, hard right turn.” Go ahead and make the turn, if you want to; the Fingers of God remove barriers that blocked you before.

It is altogether a promising, hopeful seasonal chart, encouraging introspection and deep feeling, and graced by an insightful New Moon later this week.

Best of luck on your journey.

P.S. My next New Moon Manifestation Circle webinar is coming up TONIGHT (Wednesday, June 21st) at 7:30 Eastern. Click here, or scroll down for more information! xoxo