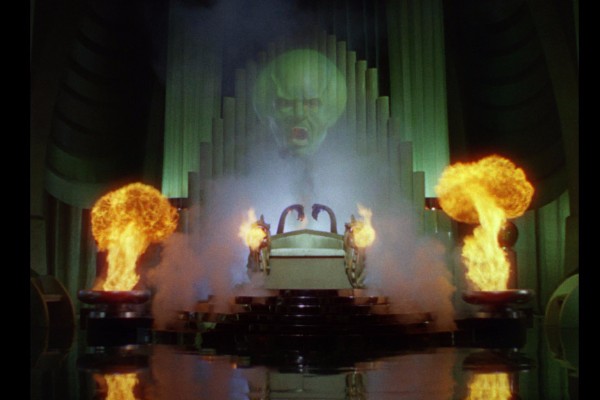 The Fourth of July is upon us – Independence Day, here in the US – and I thought it might be worthwhile to take a look at the birthday chart.

Institutions have birth charts just like people: they begin with a certain natal potential, make choices, experience transits and progressions, ripen and grow and live out their lives. For the United States, I use the Sibley chart, which counts the nation’s nativity as the moment the Declaration of Independence was signed (per Ben Franklin to Ebenezer Sibley): Thursday, July 4, 1776 in Philadelphia, PA at 5:10 PM local time. Thus, the nation’s Solar Return this year occurs on Tuesday, July 4, 2017 at 11:36 PM Eastern US time in Washington, DC.

As I discussed after the election last November, the US chart is in orb of its Pluto Return, which will perfect three times in 2022. Pluto Returns take a long time. The current situation of our federal government reflects the impact of Pluto: intensity, insanity, secrecy, behind-the-scenes manipulations, hyper-aggression, discord, obsession, transformation, evolution, and change. We can expect this Pluto energy to become more pronounced over the next several years.

The point of the Pluto transit is to know that we’re evolving, and that we collectively have the option to “go high,” to do healthier expressions of Pluto in Cap. The Pluto return is a reckoning for the country, an opportunity to pay our karmic debt and start anew – like a phoenix rising from the ashes. Hopefully, it won’t be too dramatic.

Whenever you have a Pluto transit, the transited body (in this case the US) is permanently changed forever. Our job is to ensure that the change is for the good, and supports the evolution of the country. In reviewing history, we frequently find that governments last about 250 years, one Pluto cycle. After that, the nation continues in a new form.

The US Solar Return chart is stressful and challenging, suggesting another transformative and perhaps rough year for America as a whole. It’s up to us each to think like leaders of our own “countries,” to be sovereign in our own lives, and to steer our own personal lives on the best course. Ultimately, we *are* the government. Exercise the power you have. Do what you can.

The US Solar Return is very scattered; if you look at the chart you’ll see that the planets are all over the place. It will be difficult at times to keep your focus. The energy is bouncing around like a ping-pong ball. Look at all those squiggly-wiggly lines in the center of the chart (pictured below) – those are conversations between the planets. Lots of talking, but not much cohesiveness. Patterns are difficult to see.

The US Solar Return has Neptune joined to the Ascendant at 14 degrees Pisces – both tightly aspected by Jupiter at 14 degrees Libra. Jupiter in Libra and Neptune in Pisces are energies associated with fantasy and creation. Jupiter exaggerates and Libra manipulates and partners. The aspect between Jupiter and the Ascendant/Neptune is a Scorpio-shaped inconjunct, requiring psychological adjustment.

There can be a sense of self-delusion, hearing what we want to hear. Our mission is to lift the veil, keep looking for the truth. Keep investigating. Pay attention to “the man behind the curtain,” face-to-face. Disinformation will probably continue to flow. Ignorance will not protect you. The Wizard of Oz did give the Scarecrow his brains, the Lion his courage, and the Tin Man his heart, and got Dorothy back to Kansas. Despite disillusionment, he helped Dorothy get done what she needed to get done.

The emphasis on Neptune in Pisces and Jupiter in Libra means alcohol, sugar, and drugs. Resist the temptation to “escape” with these methods, and watch for more national discussion of the opioid epidemic. It’s easy to develop addictions, or relapse, personally and in the collective.

The higher form of this Piscean energy is an increase in music, creativity, the arts, spiritual connection to soul’s work, and creative abundance. Drive that way!

Mars and the Sun are joined in this Solar Return chart, which gives them both an “honorary” Aries vibe: aggressive, assertive, and demanding, despite the fact that they are in sensitive, tenacious Cancer – all of which makes for a tense, fraught, martial mood. The emotionalism of Cancer, which usually makes planets sweet and placid, can get triggered in a painful way. Nothing beats a Mama Bear protecting her cubs.

Moreover, being in Cancer, the Sun and Mars answer to the Scorpio Moon, and both are opposed by Pluto in Cap. Mars perfected his opposition to Pluto last week, while the Sun’s opposition is still to come. I expect to see more secrets coming to light, because the Sun-Pluto opposition is in force for the whole year. We will see power in its true face, and delve into the underworld – especially around accounting, taxes, and banking.

In your own life, you may see stuff you don’t necessarily want to see. You’re supposed to see it and handle it.

The Grand Trine in Fire, formed by Saturn, Uranus, and the North Node, is still in orb, making the whole sky passionate, excitable, and perhaps a bit reckless. In the same way that flames can race through a prairie or forest, situations sparked can take off quickly and in unexpected ways. Weigh outcomes before you act and try not to throw gasoline around. The Fire will take off just fine by itself.

Uranus on the cusp of the Second House indicates dramatic fluctuations in the national financial situation – perhaps another recession in the fall and winter, or over-exuberance in the stock markets. Uranus is unpredictable, and tends to exaggerate emotional reactions – in this case, to financial issues. The tight square between Uranus at 28 Aries and Mercury at 28 Cancer suggests upheavals around technology and infrastructure. Hacking remains a huge threat to national security. We can also expect unusual technological advances.

Chiron in the First House trine the void-of-course Scorpio Moon in the Ninth suggests that changes won’t be made easily to healthcare law, if at all. The public is paying too much attention right now, for congress to harm working people without fear of consequences. Keep paying attention, keep making those calls!

That brings us, incidentally, to the gift in all this. We do have power. The North Node in Leo in the Sixth House of the people reminds us that the United States is, or is meant to be, government of the people, by the people, and for the people.

“Now, many, many groups are being attacked simultaneously. The potential for coalition building and mass mobilization is bigger than it has ever been in my lifetime,” said Glenda Russell. “Seize the moment.”

Or as Langston Hughes put it, “America will be!”

Your job during this lovely year, with Saturn in the Midheaven trining the North Node, is to learn that each of us is the best judge of what we need to do personally in our own world. The more we embrace our path, our sovereignty, our authority, and our heart’s desire to create, the better our year goes. 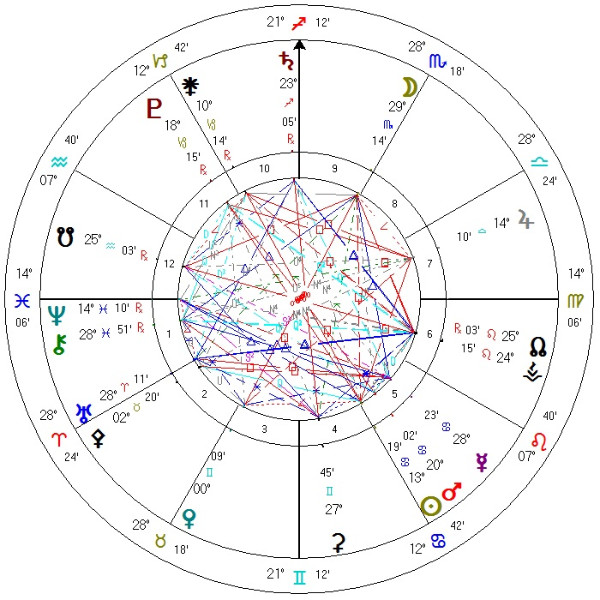 (America never was America to me.)

Let America be the dream the dreamers dreamed –
Let it be that great strong land of love
Where never kings connive nor tyrants scheme
That any man be crushed by one above.

(It never was America to me.)

O, let my land be a land where Liberty
Is crowned with no false patriotic wreath,
But opportunity is real, and life is free,
Equality is in the air we breathe.

(There’s never been equality for me,
Nor freedom in this “homeland of the free.”)

I am the poor white, fooled and pushed apart,
I am the Negro bearing slavery’s scars.
I am the red man driven from the land,
I am the immigrant clutching the hope I seek –
And finding only the same old stupid plan
Of dog eat dog, of mighty crush the weak.

I am the young man, full of strength and hope,
Tangled in that ancient endless chain
Of profit, power, gain, of grab the land!
Of grab the gold! Of grab the ways of satisfying need!
Of work the men! Of take the pay!
Of owning everything for one’s own greed!

I am the farmer, bondsman to the soil.
I am the worker sold to the machine.
I am the Negro, servant to you all.
I am the people, humble, hungry, mean –
Hungry yet today despite the dream.
Beaten yet today – O, Pioneers!
I am the man who never got ahead,
The poorest worker bartered through the years.

Yet I’m the one who dreamt our basic dream
In the Old World while still a serf of kings,
Who dreamt a dream so strong, so brave, so true,
That even yet its mighty daring sings
In every brick and stone, in every furrow turned
That’s made America the land it has become.
O, I’m the man who sailed those early seas
In search of what I meant to be my home –
For I’m the one who left dark Ireland’s shore,
And Poland’s plain, and England’s grassy lea,
And torn from Black Africa’s strand I came
To build a “homeland of the free.”

O, let America be America again –
The land that never has been yet –
And yet must be – the land where every man is free.
The land that’s mine – the poor man’s, Indian’s, Negro’s, ME –
Who made America,
Whose sweat and blood, whose faith and pain,
Whose hand at the foundry, whose plow in the rain,
Must bring back our mighty dream again.

Sure, call me any ugly name you choose –
The steel of freedom does not stain.
From those who live like leeches on the people’s lives,
We must take back our land again,
America!

O, yes,
I say it plain,
America never was America to me,
And yet I swear this oath –

Out of the rack and ruin of our gangster death,
The rape and rot of graft, and stealth, and lies,
We, the people, must redeem
The land, the mines, the plants, the rivers.
The mountains and the endless plain –
All, all the stretch of these great green states –
And make America again!