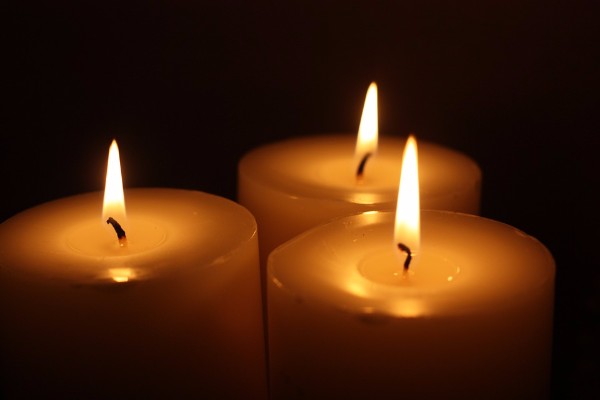 In the wee hours of this morning (Friday, May 19th), two of the Big Guys, Saturn and Uranus, trined one another at 26 degrees of Sagittarius and Aries, respectively. Saturn rules structure, whereas Uranus is chaos: two principles that don’t always harmonize well.

In communicating via a trine (the gentlest of interplanetary aspects), the two gods are actually doing their best to keep it civil – but, at the very least, Uranus has some pointed suggestions for Saturn about how systems and institutions need to change; while Saturn is aching to lecture Uranus about how he needs to get his act together, and quit flying off the handle at the least little thing!

Into this fraught conversation, the North Node of Fate at 28 Leo sends an extra whoosh of Fire, making the story bigger, louder, and more public than it otherwise would be. Tempers flare, situations spiral out of control. All you can do, really, is stand back and wait. Fate, rather than individual free will, is at work here. Eventually, the flames will burn out, and you’ll be on hand to start sorting through the ashes.

The enormous, crazy, shocking, rapid-fire American news cycles of the last six days shows the influence of the Grand Trine in Fire, as it has begun to form. Expect more of the same next week, while the aspect slowly dissipates.

Also today, the same day that Saturn trines Uranus, we have the Sun joining Admetos at 29 Taurus. Whenever a planet or point is at the last degree of a sign, we feel its sign-energy with extra intensity: 29 degrees Taurus is the most Taurean degree of all. Admetos, according to Uranian astrology, is the sensitive point associated with endings and loss. So a story about Taurus-ruled issues (love, land, possessions, food) is coming to a permanent end. Be ready to move forward, in a different way than you expected.

The Sun in Taurus at 29 degrees is going to square the Nodes of Fate at 29 Leo/Aquarius.  The square represents a major choice point for us.  Because the Nodes of Fate just entered Leo/Aquarius, we are being asked by the heavens to reorient our focus so it serves our heart’s path and the area of life where we are supposed to shine.  When facing this choice, make sure to choose the path of love and creativity instead of the path of fear and loss.

Taurus doesn’t like change, even change for the better. It stresses him out. He definitely doesn’t like letting go of things. But for the next couple days, we will all – to a greater or lesser degree – be feeling bereft. Know that the people around you are feeling it, too, and don’t take their irritation personally.

You, as a savvy astrologer, are equipped to handle these weeks with aplomb. It’s a time for self-care; and the best way to care for yourself is to go to your Moon. What sign is your natal Moon in? What activities does that sign like best? Do THAT and feel the tension melt away.

Oftentimes, as we chart our course through our lives, we start to feel trapped by the structures we’ve created, the things we’ve committed to, or the expectations of others. On the inside, we’re constantly growing and changing, and it can take a while for the external world to catch up. This is normal and okay. You are allowed to change, and you’re allowed to change your mind.

So hang in there and nolite vos bastardes carborundorum! The energy will lighten when the Sun moves into Gemini this weekend.

P.S. The recordings and slides from last weeks webinar on the Nodes of Fate are now up for purchase and download. See below or click here for more info.

P.P.S. I have another webinar coming up in a few days, this Sunday night at 7:30Eastern, on the New Moon in Gemini. I would love to see you there. xoxo