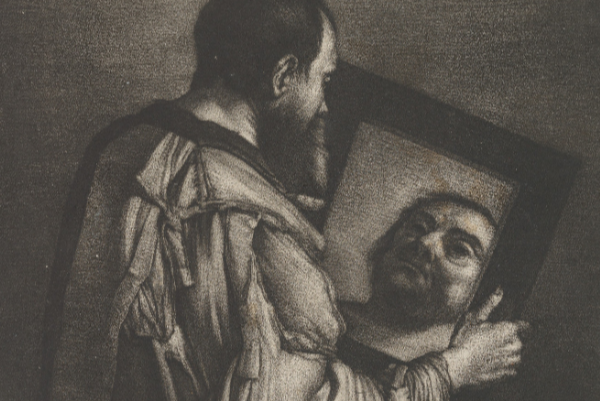 There’s a Full Moon ahead: next Monday, June 17 at 4:30 AM Eastern US time. It falls within the Zodiac at 25 degrees, 53 minutes on the Sagittarius-Gemini axis.

[And as astrologer Lynda Hill pointed out, the Moon is conjunct the Galactic Center, located between 26 and 27 degrees Sagittarius!]

Its chart contains the energies of two rather harsh oppositions, Mars’s opposition to Saturn yesterday (Friday, June 14 at 11:49 AM Eastern) and Mars’s opposition to Pluto on Wednesday, June 19th. The God of War, located at 20 degrees Cancer in the Full Moon chart, is precisely opposite the midpoint of Saturn and Pluto, who are placed at 18 and 22 degrees Capricorn respectively.

What does this mean for us? Mars represents our aggression and how we take action, while Saturn and Pluto both signify the powers-that-be. There’s a feeling of beating your head against the wall, under this Full Moon. You’ll be tempted to WHINE (that’s a Cancer keyword), but don’t fret. Mars will take off like a rocket after Wednesday night.

Mercury is in Cancer too, right beside Mars, and he’s following his brother through the Saturn and Pluto oppositions; he’ll oppose Saturn on Sunday the 16th, pass Mars on Tuesday the 18th, and (along with Mars) face off against Pluto on Wednesday the 19th.

For these several days, we’ll be asked to remember and reflect. To what degree are those oh-so-frustrating limitations self-imposed? What painful stories are you telling yourself (maybe just below the threshold of verbal awareness) — and how can you replace them with more helpful thoughts? Let the bright light of the Moon light the corners of your mind.

These Mercury/Mars/Cancer vs. Saturn/Pluto/Cap oppositions are particularly fraught, because all of these planets are also squaring Eris, who is now at 24 Aries. Eris is the Asteroid Goddess of Discord (I taught an online class all about her, a while back); in mythology she started the Trojan War, and she still likes to stir up trouble. With Mercury and Mars and Saturn and Pluto, Goddess Eris forms a powerful Cardinal T-Square, shooting its strife-laden energy at the late degrees of Libra. If you have planets there, or between 20 and 24 degrees of ANY sign, they get stimulated now.

Oh, and did I mention that Mercury is also out of bounds? As we talked about a couple weeks ago, out-of-bounds planets are those traveling past the Sun’s Ecliptic; astrologically, they behave in a way that I describe as “past normal.” So Mercury, the ruler of siblings, pets, gadgets, words, consciousness, etc. etc., is especially loose-limbed and loose-lipped. Once again, check your mental stories. Watch out for negative self-talk, and examine situations for projection.

Just for this week, consider the possibility that, whenever you feel inclined to criticize someone else, you might actually be feeling critical of your own shadow. And vice versa: you may get blasted for something that’s really THEIR issue.

As our old friend Carl Jung said, “Everything that irritates us about others can lead us to an understanding of ourselves.”

And speaking of Carl, here’s a small example of what I mean: last Tuesday, I was lecturing at the lovely C.G. Jung Foundation here in New York City, about the visionary psychoanalyst’s relationship to astrology. The event went beautifully (thanks to all who came out), but one person in the audience took exception to my use of the term “woo woo” to describe Jung. While Jung’s biography and writings make it clear that he maintained a lifelong interest in occult phenomena, and that astrology was an inspiration for his personality theory, this individual felt that the term I used was disrespectful.

Now, if you know me, you know that I meant “woo” as a compliment! But I asked the questioner what word they would have used instead, and they suggested “higher consciousness”; our exchange was polite though a little contentious. The next day, I received from this person a lovely thank-you email, which made it clear that THEY had struggled with coming out as “woo woo” themselves, and that my words triggered a memory of being shamed for it.

Pallas Athena at 11 Libra is answering to, and trining, gentle Venus at 10 degrees Gemini, in the Full Moon chart. These two Goddesses are also trine the Midheaven of the chart, when it’s cast for Washington, DC. They encourage us to detach, calm down, and think critically about the dualities, dialectics, and paradoxes that we see around us. It’s an opportunity to make real progress internally, before you get moving in the outer world, after the middle of next week. Gemini is a mirror; look into it.

Thank you, my friends, for making it to the end of this long email! (Mercury out of bounds, what can I say?) Please feel free to share it with anyone you think might find it helpful.