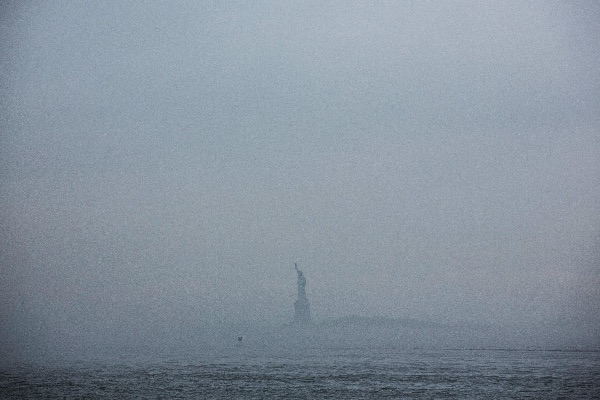 Well, here we are at last. We made it past the roadblocks; now summer has arrived — for those of us in the Northern Hemisphere — as of 11:54 AM Eastern US time. The Sun stops for three days’ vacation in the Tropic of Cancer, then heads southward towards the Earth’s equator. Henceforth, our daily daylight grows briefer and briefer, till we reach the Winter Solstice on December 21st and start the cycle over once again. This Summer Solstice is a moment to pause and observe. It asks us to notice what is sprouting in our gardens: what we like, and what we might be ready to let go of.

The official moment of Solstice took place when the Sun crossed from Gemini to Cancer on Friday, June 21st, at 11:54 AM Eastern US time. It’s an interesting chart (pictured below). Remarkably, there are FORTY-NINE parallels and contraparallels in the chart, meaning that the planets aspect one another not only in terms of their Zodiacal degrees, but also “by declination” — i.e. according to their distance north and south from the Celestial Equator. I have been an astrologer for almost 25 years, and I have never seen this many declination aspects at one time before. They heighten the intensity of the situation at hand, whatever the situation is.

Have you ever seen a movie, where they’re playing billiards, and somebody hits the cue ball, and everything goes flying into the pockets with one stroke? These parallels and contraparallels are kind of like that. They amplify each other’s energies, because the planets are all lined up so perfectly around the Earth. Scroll down and take a look at the aspect grid, pictured below the chart. The symbols in the upper-right half of the grid indicate aspects by declination, while the symbols in the lower-left half are aspects by Zodiacal degree.

While the majority of planets in this chart — Mercury, Venus, Mars, Jupiter, Saturn, Neptune, Pluto, and Pallas Athena, oh my — engage in this dramatic and complicated dance, the Sun and the Moon stand apart, looking on. Furthermore, the Sun, Moon, Mars, North Node, and Mercury in Cancer all answer to that cool Aquarius Moon.

We’re being invited to apply strategic thinking, to detach in that oh-so-Aquarian way, and see the story from 30,000 feet. What you’re perceiving is basically true; there is not much successful deception going on.

This effect is heightened by the fact that Neptune stationed retrograde this morning, just about half an hour before the Ingress. Whenever Neptune stops, the fog clears: initially, it may seem MORE foggy as it dissipates, but that’s only because it was so pervasive before, that you hardly even noticed it. Stand still and assess your surroundings. What do you see that you never saw before? This is what Oprah calls an “aha!” moment.

Get in gear, because we have some wild Eclipses coming up. More on that soon . . .