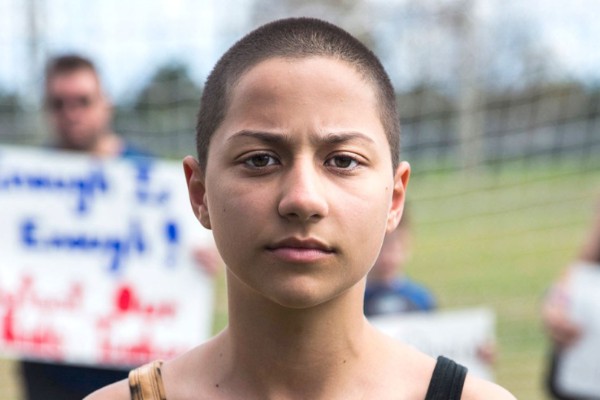 Today I’m going to talk about the school shooting last Wednesday in Parkland, Florida, which left 17 Americans dead, many as young as 14 years old, and which triggered an unprecedented wave of student protests around the United States, demanding that Congress enact sensible gun control laws, like those in every other comparable country in the world.

Gun-related homicides occur 25 times more often here than in other developed nations. And while Marco Rubio may nervously insist that “some law could [not] have prevented” an emotionally disturbed teenager from legally purchasing a semiautomatic weapon and using it to hunt down and kill his former classmates, that is (as survivor Emma Gonzalez says) total “B.S.”

“Some law,” such as a higher and loophole-free minimum age requirement for gun purchases, could obviously have prevented this tragedy. But the far-right extremists of the NRA — who represent fewer than one-in-five American gun owners — have given at least 3.3 million dollars in campaign contributions to Marco Rubio over the course of his political career; and Rubio made it clear earlier this week that he has no intention of turning off the spigot.

To add insult to trauma, the Marjory Stoneman Douglas High School students and teachers have been subjected to an astonishing degree of mockery, gaslighting, and character assassination from the conservative media (see Dinesh D’Souza, David Brooks, David Clarke, etc.) over the past eight days; they and their supporters were accused yesterday, from the stage of the American Conservative Union’s prestigious CPAC political conference, of being secret socialists who want to “eradicate ALL individual freedoms” and who, actually, “love mass shootings.”

Can you imagine thinking that it’s somehow okay to say things like that, in a situation like this? As Kayla Chadwick wrote last year, apropos of our current political divide, “I don’t know how to explain to you that you should care about other people.”

This is where we are.

Thankfully, however, based on the charts, we don’t need to be here much longer. This looks like a genuine watershed moment in American history, and I do anticipate meaningful change.

I predict that the extraordinary momentum that the Parkland survivors have started to build around their #NeverAgain movement will continue to grow in the weeks and months and years to come. By the time Uranus enters Gemini in 2025, we in the US will have a radically different culture around guns.

The students who are speaking out now were all born within the first few years after the Columbine High School massacre on April 20, 1999. These kids have lived their whole lives with the tacit understanding that someone could walk into their school and shoot them. “I’m kind of surprised . . . but I’m not really shocked,” said teenaged survivor Ryan Kadel. “School shootings happen all the time, and then the news just forgets about them.”

At the same time, their attitude is fundamentally different from that of the grown-ups around them: as Slate columnist Henry Gabar wrote after the recent town hall, “It was powerful to hear disbelief in the status quo expressed by young, frustrated people who haven’t yet learned that’s the way things are.” This generation of adolescents has Pluto in Sagittarius. Idealism, disruption, facing darkness with wit, and speaking truth to power come naturally to them.

The massacre took place last Wednesday, February 14th at 2:19 PM Eastern US time, just about 24 hours before the Eclipse, and in orb of its volatile energy. The chart shows the South Node of Loss stationing in the Eighth House of Death, and making an exact conjunction to the Moon (ruler of children) — with both the Node and the Moon at 14 degrees Aquarius, conjunct the World Axis, which makes us stop and pay attention!

Saturn at 6 Capricorn and Venus at 4 Pisces form a tight Finger of God with out-of-bounds Ceres at 8 Leo, calling to mind the myth of Ceres/Demeter and Kore/Persephone. Ceres lost her daughter to the underworld; she eventually returned, but not unscathed.

Eclipses tend to bring things to light, help us see matters clearly. And just as last August’s Solar Eclipse brought national attention to white America’s legacy of racism and the need for change (see my columns here and here), this Eclipse is shedding light on the fact that one party, bought off by the NRA, continues to hold our nation hostage on this issue, despite the fact that two-thirds of American citizens favor stricter gun laws.

The National Rifle Association is having tough transits. Incorporated in New York City on November 16, 1871 (see chart below), the NRA has out-of-bounds Mars conjunct Saturn at 6 degrees Cap. Saturn is at 6 degrees Capricorn, too, in both the Parkland massacre and Solar Eclipse charts. Organizations can have planetary returns just like people; and as you’ll know if you’re older than 29, the Saturn Return is often unpleasant! It’s a time of karmic reckoning and tough love from the cosmos.

Well, in case you missed it, the NRA is reportedly under investigation by the FBI, as part of Robert Mueller’s probe into Russian interference in our 2016 presidential election; they have been accused of funneling illegal donations from Russian oligarch Alexander Torshin to the Trump campaign. This may be the real reason why NRA executive vice president Wayne LaPierre is so “frightened” right now.

On the other hand, it could be the fact that post-Parkland activism is having an effect. #BoycottNRA has been trending on Twitter all day, and within the last 24 hours, at least seven major corporate partners have cut ties with the organization.

Jupiter right now is at 23 Scorpio, smack-dab on the NRA’s Sun, and because Jupiter will soon go retrograde, he’ll be transiting this zone of the sky for the rest of the spring. While a Jupiter transit is generally thought of as a good thing, strictly speaking it means “amplification” and “notoriety.” If, like the NRA, you prefer to keep your real power hidden, Jupiterian scrutiny can hurt. The news cycle right now is focused on THEM, their stooges and their opponents. Consider how different this is from the even-more-deadly Las Vegas massacre last fall: after that, we were talking about the gunman.

The Eclipse at 27 Aquarius forms square to the NRA’s Midheaven and a Scorpio-shaped inconjunct to the NRA’s (stationing) natal Jupiter at 29 Cancer. Squares bring conflict, while inconjuncts point to a need for psychological adjustment. And finally, transiting Pluto is touching the NRA’s natal Moon in Cap. They are, to say the least, feeling picked on.

I don’t know about you, but these days, I find myself swinging between hope and despair pretty often. This time I’m going with hope. 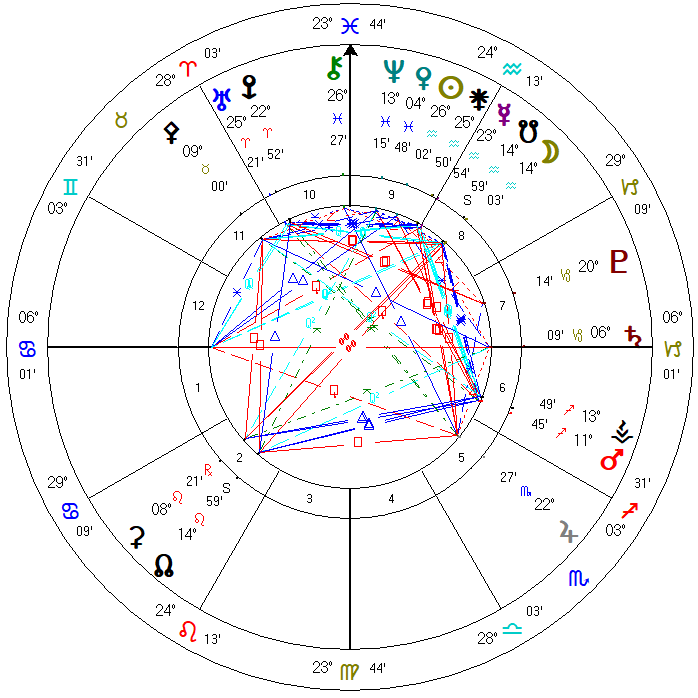 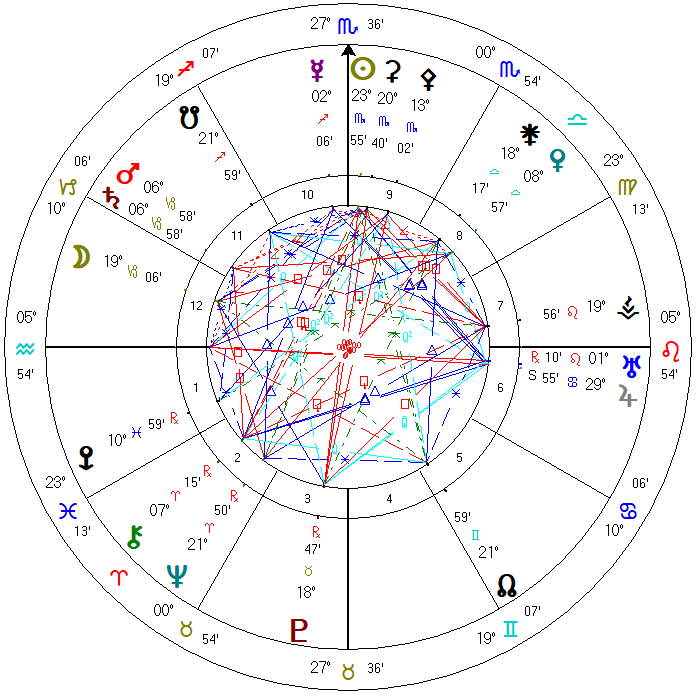