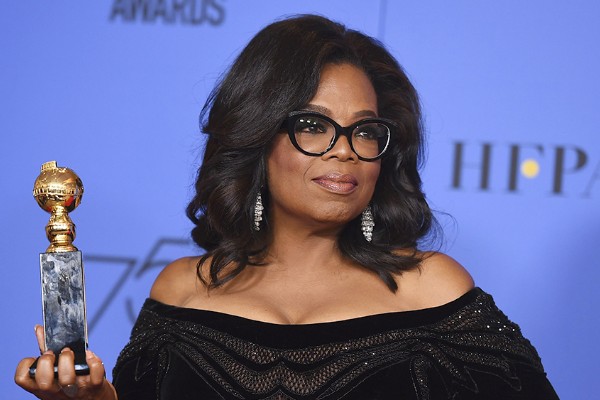 NOTE: This column went out to the mailing list last Friday evening, January 12th. Are you a subscriber? Join here for early access to my weather report.

This past Tuesday, January 9th, 2018, we all had an interesting morning: the Capricorn Sun joined first Venus, then Pluto — while Venus herself also joined Pluto — within a period of about two-and-a-half hours.

Whenever Venus and the Sun meet in the heavens, they form a configuration called a Venus Star Point, that sets off a brand new, eight-year-long cycle around love, money, creativity, desire, and how you shine your light in the world.

On Tuesday morning, when these two benefic planets perfected their conjunction at 18 degrees, 57 minutes Capricorn, they “woke up” the Capricorn-ruled house or houses in your chart. What labors of love have you been doing this week? Know that the Goddess has your back and will be supporting you as you go forward with this work!

This Venus Star Point (scroll down for chart image!) is especially potent and powerful, because of the influence of Saturn (who recently entered Capricorn) and Pluto (sitting beside the Sun and Venus).

Pluto is the planet of transformation and rebirth. Saturn rules all the same things that the sign of Cap itself does: work, power, authority, patriarchy, the government and other institutions. Over the next three years, as we continue on our karmic Saturn-in-Capricorn journey, Saturn’s systems will be subject to Pluto’s shake-ups. When it comes to structural injustice and abuse of power, the heavens are literally saying #TimesUp.

This Capricorn Venus Star Point, which will continue to influence our world for the next EIGHT years, invites us not only to reject the paradigms that don’t work any longer, but to move towards what we DO choose, want, and love. (And if your choice is *not* to choose, be forewarned: Pluto’s destructive face may swoop in and choose something for you.)

Capricorn is a cardinal earth sign, terrific for initiating projects that will come to real-world fruition. It is also (though it rules many “masculine” things) considered a feminine sign, fertile and aligned with Mother Nature. As I wrote last time, spring’s seeds are already unfurling underground; the time is right to focus on manifestation, your karma, and your work in the world — specifically in the ways that are described through your chart’s natal Saturn, and its placement by sign and house.

Ask Saturn to write your to-do list for you. In my case, in the wake of some major repairs, renovations, and painting, I can see my to-do list all over the apartment! I’m coming across stuff that hasn’t been moved in 29 years: one Saturn cycle.

Oprah Winfrey described this moment beautifully in her speech at the Golden Globes last Sunday: “I want all the girls watching here, now, to know that a new day is on the horizon. And when that new day finally dawns, it will be because of a lot of magnificent women . . . and some pretty phenomenal men, [who are] fighting hard to make sure that they become the leaders who take us to the time when nobody ever has to say ‘Me too’ again.”

Oprah’s speech is a higher-form example of the Sun-Venus-Pluto energy. Be roused!
(Of course, the Universe had to show us the NEGATIVE version, too. Pluto rules “shitholes,” Mr. Trump.)

This same forward-moving Capricorn energy continues next week, when our winter Eclipse Season begins with a rich New Moon at 26 Cap, immediately following a square from Uranus. I think this is probably the most powerful New Moon of the year 2018.

For more on the New Moon, you might want to sign up for my New Moon Manifestation Circle webinar on Sunday evening; we’ll also cover the Venus Star Point in-depth webinar. (NOTE: you can still purchase the recordings here.)

Let “High Hopes” be your theme song. Ants are a Capricorn animal, and we can all take a hint from their industriousness.

Lean in and make the most of this energy!

P.S. For more on the Venus Star Point, I highly recommend Arielle Guttman’s book “Venus Star Rising,” which is my go-to resource whenever I lecture on this topic. I also taught an in-depth webinar called Seduce Your Venus last year, and it includes instructions for calculating your own prenatal Venus Star configurations. 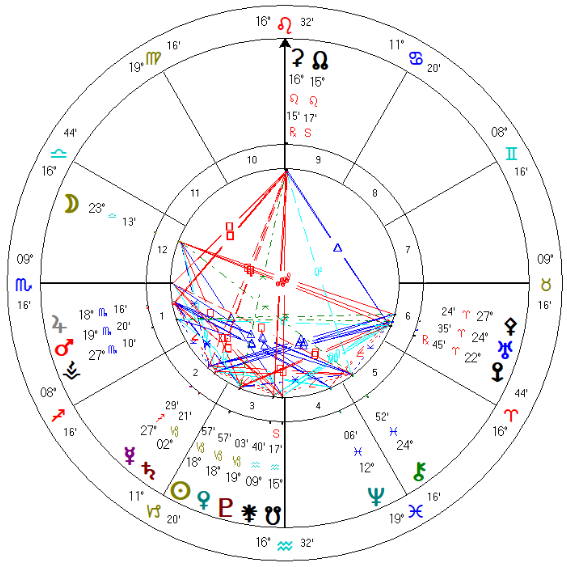 The Capricorn Venus Star Point
January 9, 2018 at 2:09 AM Eastern US time
Chart cast for Washington, DC