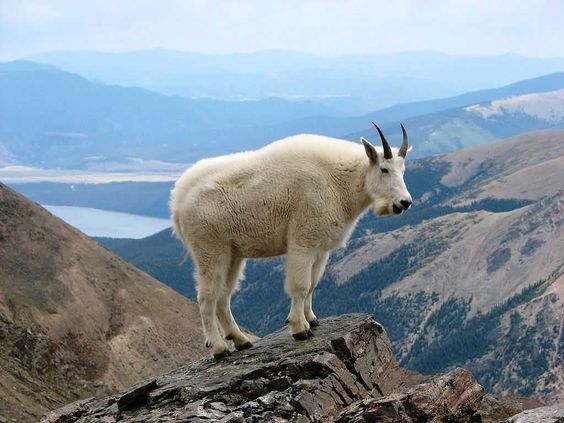 This Saturday at 9:12 AM Eastern US Time, there is a New Moon in Pisces, recently squared by Mars in Sagittarius at the anaretic degrees of 26’53 Pisces and 29’53” Sagittarius, wrapping up our Saturn in Sagittarius journey as well as closing down the Eclipse season.

Endings. Endings. Endings . . . Shortly after the New Moon, Mars moves into Capricorn until May 16, 2018. The New Moon takes place in the Twelfth House of karma, undoing, endings, wrap ups, hidden enemies, things going on behind your back and secrets being revealed in the New Moon chart cast for the United States capital, Washington, DC.

So in the week leading up to the New Moon, we’ve had a bit of chaos in the White House with Rex Tillerson fired by Twitter, the current CIA Leader Mike Pompeo taking over the State Department and the proposed first female CIA Leader, Gina Haspel, responsible for the CIA black sites, including one in Thailand where people were tortured in our country’s name. One captive was waterboarded 83 times IN A MONTH, had his head banged repeatedly on concrete and lost an eye due to torture at America’s hands! With no results. And that is just what we know about! Haspel also destroyed video tapes of torture that had been requested by Congress.

John McCain took a firm stand on the matter. And for those of you who go, Hey I didn’t torture anyone ~ it is OUR karma too! We have Saturn retrograde by progression at the top of the USA chart. Saturn keeps track! We can expect payback! But enough about politics, what about YOU on this New Moon?

Jupiter is retrograde so, as I wrote last week, every choice you’ve made since mid-December is up for reassessment until July 10, 2018. This New Moon, just past the trine to last week’s Jupiter Station asks if you’re happy with where your recent choices have led you.

Having seven planets and asteroids in the Twelfth House of Secrets and Karma presents an interesting series of choices to each of us. The chart is ruled by Venus, found in the Twelfth House of undoing, in her detriment in Aries but placed in the house of her exaltation ~ a mixed bag indeed! Kind of happy-sad, confused-but-clear! Where are you behaving badly yet it actually seems to be working out for you?

The chart’s Midheaven is Capricorn, and Saturn the Midheaven ruler is in the Twelfth House of undoing of your direction, the Tenth House — suggesting a similar story going on with your life’s direction. Where are you heading that SEEMS to be working out but is actually not so good for you?

Mars on the Fixed Star Acumen, the leg of the centaur in the Heavens, implies that we are galloping forward full steam ahead. We appear to know where we are going BUT actually we need to pay attention!! The chart seems full of tricks and surprises with lots of opportunities for undoing! Jupiter in Scorpio and Pallas in Taurus aspecting the Arabic Parts of Bondage and Imprisonment certainly speaks to the CIA Dark Sites but also asks where are YOU in bondage? How you are imprisoned? Mars is out of bounds in the last degrees of Sagittarius so he’s leaping over boundaries ~ in both good and bad ways!

The South Node of Karma is on the Part of Passion ~ implying we will take passionate actions that might not be in our best interest even as they call out to us ~ inviting, inviting, inviting. Ceres, what we nurture and create is WAY out of bounds ~ what we feed under the auspices of this New Moon will grow big, tall and powerful in our lives. Are you feeding good stuff or bad stuff in your life?

Last of all, the Midheaven is on the part of Death ~ implying a loss of leadership and authority. As we approach the seasonal shift into Spring in the Northern Hemisphere, we are aware of the death of the previous season and preparing for the rebirth of the new season. Both Easter and Passover, important religious holidays in the Christian and Jewish religions, simultaneously celebrate death and rebirth. Where do you need to let something die to be ultimately reborn or resurrected in your own life?

With Venus and Mercury both in feisty Aries, the key is to avoid burning bridges, if you can! Unfortunately, there is no Air in the chart, no planets in Gemini, Libra, and just the South Node of loss in Aquarius high in the chart — which can make it hard to articulate our feelings during this cycle as things swirl and go down the drain of the South Node.

Instead of blowing up or flushing your life away . . . keep on moving. Make sure you explore your choices consciously and clearly as the heavens promise some booby traps with all those Twelfth House planets. Consider joining me on Wednesday night, March 14th, for my New Moon Webinar about the upcoming Pisces Moon.

And MAKE SURE TO PICK WISELY!!!

Jupiter in Scorpio retrograde in the Seventh House keeps his own counsel; he knows what he wants and how to get it. So if the world disagrees with you but YOU know you are absolutely supposed to do this, do it! If you aren’t sure if you are supposed to do it, proceed with caution as the stars advise there are plenty of false leads and paths offering to take you astray.

P.S. A number of folks asked about buying the Access Astrology “Finding Resources in Your Chart” workshop held last weekend. We are offering the PDFs of the Power Point and the recordings for sale for $150. Send me a note if you would like to purchase it (admin@anneortelee.com).