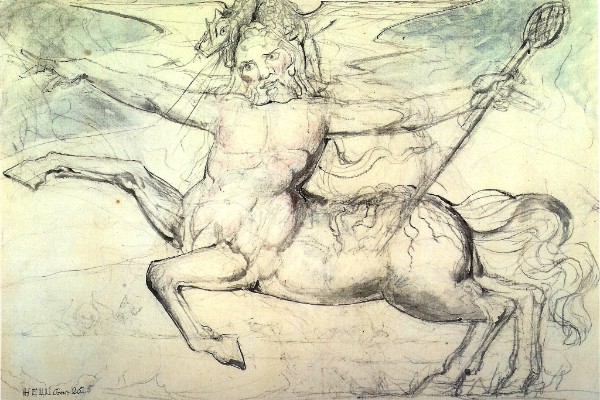 Another week, another newsletter. Lots going on, so let’s get down to business!

First, on Tuesday morning, April 17th, Chiron entered Aries for the first time in fifty years, initiating an ambitious new 50-year cycle around Chiron matters: wounds, healing, soul-health, and how we integrate our spiritual-intellectual side with our earth-bound animal nature.

Astronomically, Chiron is an eccentrically-orbiting object in the Kuiper belt, out past Neptune and near Pluto, currently classified as both a “minor planet” and a comet. Likewise, in mythology, Chiron was a centaur — both horse and man — who rejected the violence and wildness of the other centaurs, to become a healer and teacher of heroes.

Aries is all about action; it’s the sign of the warrior who leaps headlong into danger. With Chiron there, we become more aware of consequences. Chiron says, someone could get hurt! Yet, all the same, Chiron’s bestial nature REALLY wants to go for it anyway.

Life is messy. We must be willing to suffer the slings and arrows of outrageous fortune during our time here on earth. Take a look at the Aries house in your natal chart: that’s where you’ll be asked most to fight.

The last time that Chiron traveled THIS patch of sky was 1968 — an exceptionally messy and violent year, in American history at least, which began with Dr. King’s murder (just days after Chiron entered Aries) and saw the disastrous Tet Offensive in the Vietnam War, innumerable nationwide protests and riots, as well as the passage of the first modern gun control law. Chiron remained in Aries till 1976: a period that included Watergate, the Pentagon Papers, the Kent State shooting, and more.

It was a scary time, as you may remember. It was also a time of exceptional political engagement here in the US, when ordinary citizens spoke up for social change — advocating on behalf of fairness and nonviolence — on an unprecedented scale. Well, we are definitely doing THAT again.

It’s difficult to predict what the Trump team will try and pull, as the presidency enters its “end stage” — though if you haven’t already, you might want to sign up to be notified about the nearest emergency rally, should they attempt to fire Robert Mueller. Chiron is on his way to trine the North Node in Leo for most of the next year. Under this aspect, we’re *supposed* to fight for our honor.

Later on the same day, this past Tuesday evening, we had another big astrological event: Saturn’s station at 9 degrees Capricorn (see charts below). The Lord of Karma will be going retrograde till September, asking us all to review the structures and stories we have built since Saturn entered Cap on December 20, 2017.

Reassess your work on recent projects, renegotiate your relationship to authority.

Whenever the outer planets station, we feel their effects via large-scale events here on earth. Yesterday, Wednesday, April 18th, the power went out across the whole island of Puerto Rico, leaving 3 million American citizens in the dark. The power grid, a structure, is ruled by Saturn; and as I noted on Twitter, yesterday morning’s zingy Sun-Uranus conjunction cannot have helped. (Uranus rules electricity.)

Next up: this Sunday, April 22nd, at 11:23 AM Eastern US time, we have a SECOND planetary station — a VERY unusual concurrence! — when Pluto, Lord of the Underworld, stops at 21 degrees Capricorn. He will be moving backward, too, revising all he’s done since late December. And in the chart cast for Washington, DC, Pluto is opposite the Part of Bondage. What do you need to be set free from? Get it done before he turns direct at the end of September!

These two stations, occurring just five days apart, create a cosmic hot-spot at 15 degrees Capricorn, the Zodiacal midpoint of the Pluto and Saturn stations. Got a natal planet at 15 degrees . . . of any sign? It’ll be set off by the Big Guys this week.

Neptune in the sky is currently at 15 degrees Pisces, which means that the God of the Oceans is receiving a sextile from this potent Saturn-Pluto midpoint. It’s a powerful week for creativity, for the manifestation of your Piscean dreams into solid, practical, Capricorn reality.

With Mars in Cap still stuck between Saturn and Pluto, you MIGHT feel like you’re spinning your wheels in a muddy ditch — till next Thursday the 26th, when the Lord of Action shoots past his captors and dashes for the Node. Trust, however, that even in the next few days before the 26th, great deeds can be accomplished and brilliant seeds planted. Just because you don’t see results right away does NOT mean that it isn’t working, or worth doing.

Think of the moment when a bull-rider climbs on the bull, before they let the animal start bucking. We are in the chute.

All this is to say — it is not in your head! Life, at this moment, really is more intense than usual!

Remember to be extra mindful of the people around you who don’t have the benefit of understanding astrology. Practice patience, and reach out to those whom you suspect might need a hug.

Big hugs to all,

P.S. The material from my last webinar is for sale through SendOwl. You can do your Aries New Moon manifestation ritual any time through Sunday morning! 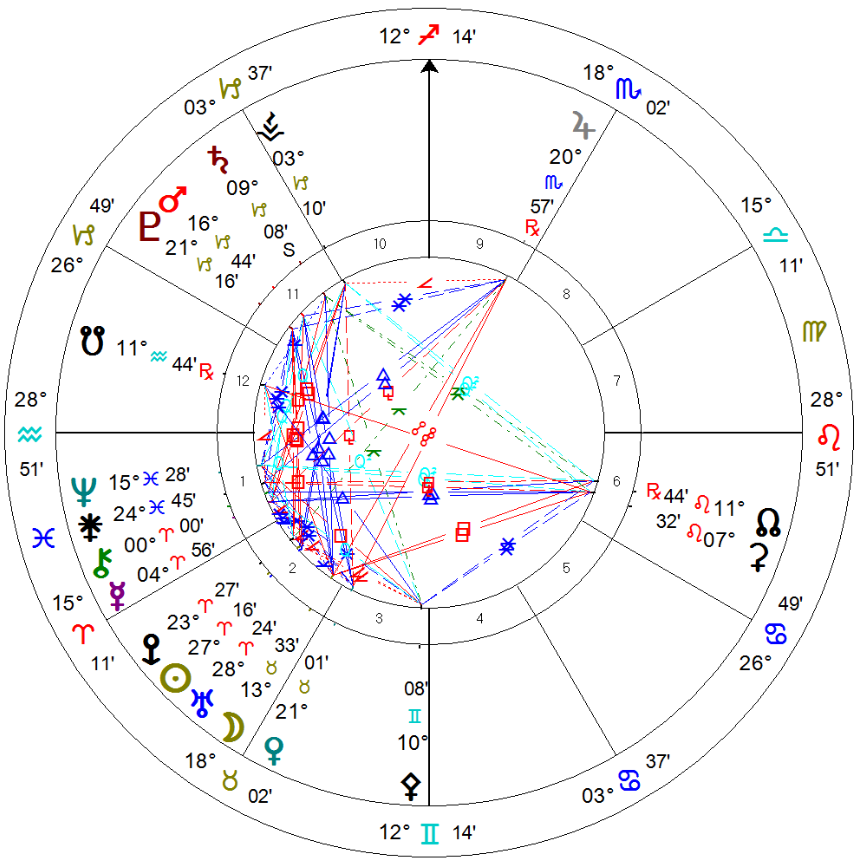 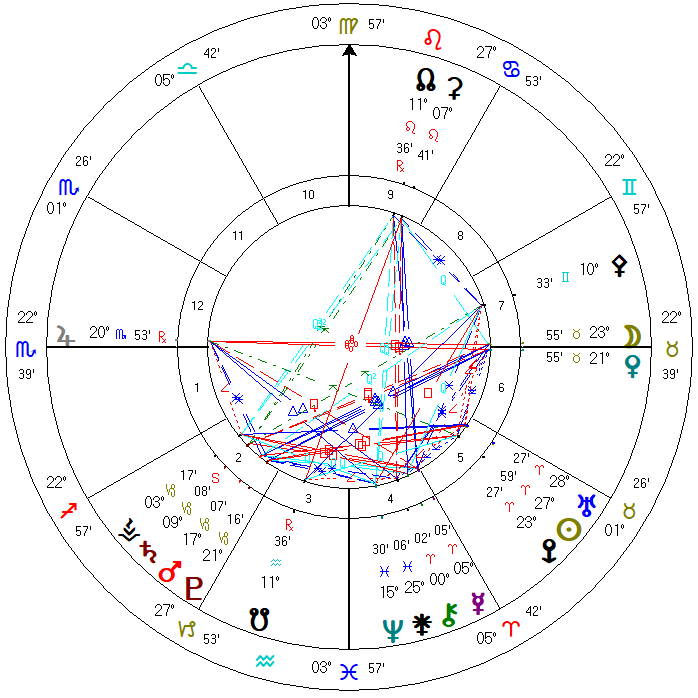 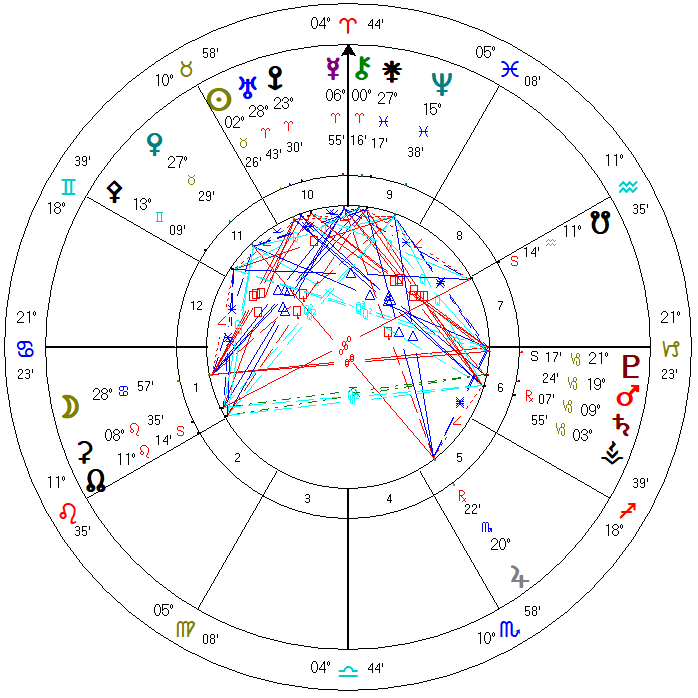