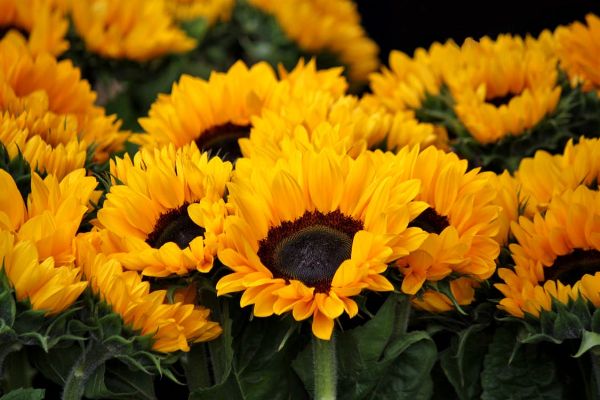 The next New Moon will take place this Friday, August 30, 2019 at 6:37 AM Eastern Daylight Time. In the chart cast for Washington, DC (which governs the whole of the US, since our nation’s capital is there) the New Moon is tightly conjunct the Ascendant — with the Sun, Moon, and Ascendant all located at 6 degrees Virgo — and hugged on either side by Mercury, Juno, Mars, and Venus at 2, 2, 7, and 11 degrees Virgo respectively.

It is, all in all, a highly FOCUSED chart. These six Virgo planets, along with the Ascendant if you live in the United States, are working collaboratively together to get $%@# done.

As we discussed last week, Mars-in-Virgo is one of the hardest-working faces of Mars; he is also at his most disciplined in Virgo, the sign of duty, service, and delayed gratification. The fact that, in the New Moon chart, we find Mars combustthe Sun and Moon (see below: they’re exactly 1 degree apart) gives Martial quickness and intensity to whatever projects or programs we now undertake. Consider this an “honorary” Aries New Moon, a revival of the verve we encountered in the first week of April.

All of these Virgo planets are approaching a square to Jupiter in the Fourth House (at 15 degrees Sagittarius) and an opposition to Neptune in the Seventh House (at 17 degrees Pisces). These are action-taking aspects, too. The Cosmos asks you to project your desires and dreams out into the world, in a manner that is straightforward and direct. Do the work.

Neptune, the planet of spiritual love, is furthermore forming a supportive trine and sextile to the Nodes. Once you’ve taken action, to the limit of your own ability, synchronicities emerge to carry you the rest of the way.

There is no Air in the sky under this New Moon: not one planet in Gemini, Libra, or Aquarius. It really is all about DOING, rather than thinking or talking. There are no words. Just dive in.

Intuition is emphasized here, in contrast to rational thought. Our unconscious mind, as personified by the Moon Goddess, is in perfect alignment with both our persona and essence, the Ascendant and Sun. And all three are conjunct the Arabic Parts of Fortune, Passion, Spirit, Merchandise, and Honorable Acquaintance. It’s an especially propitious and productive New Moon, and I’m not just saying that because I’m a Virgo!

After a rough, long, hot summer, where many of us felt like we were spinning our wheels and going nowhere, the to-do lists start to get checked off with great rapidity.

Manifestation is the name of the game, as the Sun remains in vicinity of his trine to Uranus (which perfects the night before the New Moon, on August 29) and as Venus approaches her trine to Saturn (September 1). These harmonious Earth energies WANT to bring the thing forth, from the world of your imagination to the physical plane.

I encourage you all to take some time, in the coming week, to focus-focus-focus on what you want to create. And if you’d like to learn more about this New Moon, plus get some ideas for how to harness its energy, I invite you to join me at my next webinar on Monday, August 26th. [Edited: Here’s the link to purchase and download the recordings from Monday’s webinar via SendOwl.]

Back to work, now.