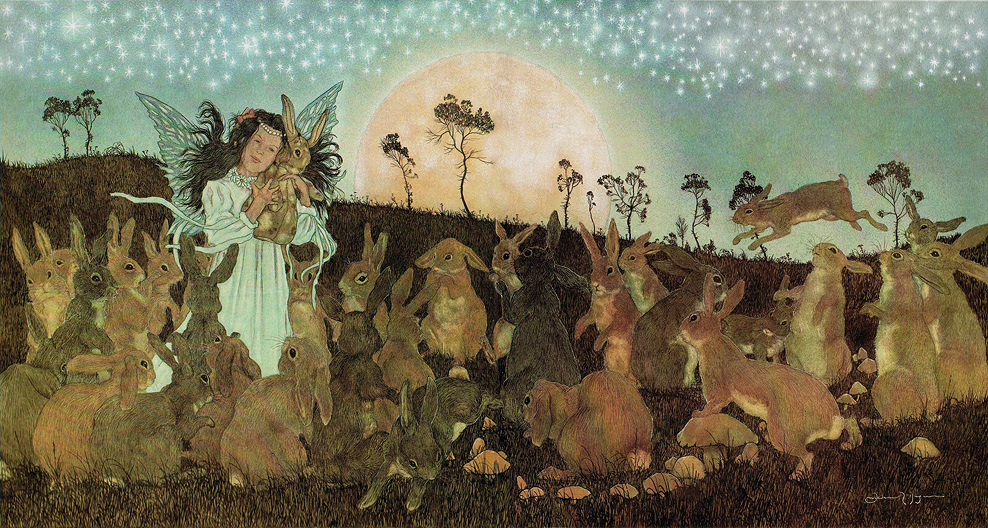 What a week. This was meant to be just a quick note about Monday morning’s Full Moon, though I find as I re-read it that it’s actually rather long. I’m not yet quite up to analyzing the United States presidential election in-depth (though I did make a few remarks about it on the podcast on Sunday).

All I can say is, I’m lucky to have Rose and Kate, my evolved and social-media-savvy millennial assistants, to remind me to work on my book instead of yelling at people on Facebook. I have Mercury square Mars natally, which is why I like to talk, and debate, and argue, and give advice. But as I tell clients, there are higher- and lower-form (or more-productive and less-productive) ways of working with any energy in your chart, and YOU get to choose how you do it. On a bad day, I know, my Mercury/Mars gets out of hand.

That being said, I am profoundly and legitimately outraged by the blatant racism and misogyny of our demagogue-elect, stunned by his ignorance and volatility, and terrified for the civil rights – for the physical safety, even – of people whom I love dearly. We do have to fight, though perhaps not on Facebook.

I’ll plan to write something about America’s upcoming Pluto return soon: since it seems the Pluto party’s starting early. Till then, I found this article by Martha Beck very helpful in framing the events of last week. “Our darkest corners,” she writes, “are being shoved into our attention, our deepest fears made manifest. That gives us the opportunity to clear them, deeply and permanently.”

The Full Moon perfected at 8:53 AM Eastern US time on Monday, November 14th, with the Sun at 22 Scorpio and the Moon at 22 Taurus.

LOTS of big planetary stations have occurred at (or very near 22) degrees on the Scorpio-Taurus axis over the past two years, making it a real hot-spot in the heavens. In 2015, Saturn stationed there twice (in Scorpio) and we had a New Moon there (in Taurus). In 2016, both Mars and Mercury stationed on that axis, plus an Eclipse. And in 2017 we will have another Eclipse at 22 Aquarius (square to the current Sun/Moon).

So if *you* have anything at 22 or 23 degrees of ANY sign in your chart, know that those planets are being activated by this Full Moon. Also take a look at your Scorpio and Taurus Houses, wherever the transiting Sun and Moon land. That’s where the illumination, and new growth in consciousness, are set to occur.

This Full Moon is also the culmination and cap of the story from May 2015. Whatever emotional (Moon) events were seeded in your life at that time, they resurface now, or within the next few days.

The Sabian Image for the Sun at 22 – 23 Scorpio is “A Rabbit Metamorphosed into a Nature Spirit” or (as another source puts it), “A Bunny Turns into a Fairy.” Archetypally, the bunny is Mercury/Hermes: a psychopomp and trickster and catalyst for transformation. Think of Lewis Carroll’s Alice following the White Rabbit down, down, down into Wonderland; or Br’er Rabbit outsmarting his enemies in Black American folklore.

That image combined with the image of the nature spirit or fairy calls to mind Margery Williams’ 1922 story “The Velveteen Rabbit,” in which a fairy is able to transform a toy bunny into a live one because he has been loved. Our shape may shift, but love remains real. Only love is real.

The Sabian Image for the Moon at 22 – 23 Taurus is “A Jewelry Shop Filled with Valuable Gems.” What is of value to YOU? How do we determine the values of things?

When the Full Moon chart is cast for the Eastern US – where I live, and where our nation’s capital is located – we find Saturn in Sagittarius landing on the Ascendant. Saturn is, of course, the planet of Karma – and the Ascendant means he’s front and center. The chickens are coming home to roost.

Saturn on the Ascendant means that we are to take very seriously the meaning and purpose of Saturn over the next 20 months of this Lunar Phase Cycle – which will have its closing square August 2017 and finish the cycle in May 2018.

What was your role? Look for the ways that you helped sow what is growing in your garden, ESPECIALLY if you don’t like it. This doesn’t mean blaming or shaming yourself; it’s about learning, for next time. It’s also about WEEDING as needed. Pull what you don’t like anymore! There are many things in life that we cannot directly control, but we *are* in charge of our own actions, and reactions. (And if you’d like to learn more about Saturn in your chart, please consider signing up for my webinar about him this Sunday.)

For the past several years, I have encouraged you to work on defining your vision. SEE what you want, in glorious Technicolor, and start working toward it. Now, following last week, your vision should be crystal clear about what you want your role to be in the next chapter of world history.

Full Moons are about revelation. What in your life is being illuminated? What can you see, that you couldn’t see before?

This is, in my opinion, a bleak and uncertain time – for my country and for the world. Millions of my sisters and brothers just gave hate their seal of approval.

Many of us – especially us highly-sensitive empath types – are feeling overwhelmed and discouraged right now. But as Kate McKinnon, playing Hillary Clinton, said last weekend, “I’m not giving up, and neither should you.”

And stay tuned for more about Pluto and Neptune, later this week or early next.

P.S. I thought this would be a good moment to share again “The Ones We Have Been Waiting For,” attributed to an unnamed elder of the Hopi nation in Arizona. Read it below.

P.P.S. The lovely art above is from “The Velveteen Rabbit,” illustrated by Michael Hague.

P.P.P.S. I have two new webinars coming up – one on Saturn this weekend, and one on the New Moon in Sagittarius after Thanksgiving. Sagittarius is about optimism, and I could use some of that right now!

The Ones We Have Been Waiting For

Where are you living?
What are you doing?
What are your relationships?
Are you in right relation?
Where is your water?
Know your garden.
It is time to speak your Truth.
Create your community.
Be good to each other.
And do not look outside yourself for the leader.

Then he clasped his hands together, smiled, and said, This could be a very good time!

There is a river flowing now very fast. It is so great and swift that there are those who will be afraid. They will try to hold on to the shore. They will feel they are torn apart and will suffer greatly. Know this river has its destination. The elders say we must let go of the shore, push off into the middle of the river, keep our eyes open and our heads above water.

And I say, see who is in there with you and celebrate. At this time in history, we are to take nothing personally, least of all ourselves. For the moment that we do, our spiritual growth and journey comes to a halt.

The time for the lone wolf is over. Gather yourselves! Banish the word struggle from your attitude and your vocabulary. All that we do now must be done in a sacred manner and in celebration.

We are the ones we have been waiting for.