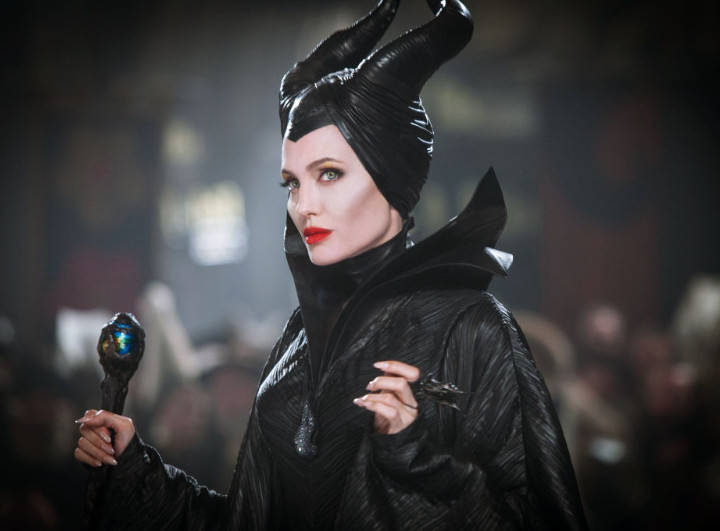 There is a rather cranky Full Moon at 1 degree Gemini-Sagittarius, perfecting at 5:14 PM Eastern on Saturday, May 21st. In the chart, the Goddesses are feeling especially thwarted. Women will struggle with the energy over the next few days, as will the “anima” in each of us, regardless of sex. You’ll probably be tempted to be the “bad fairy,” but remember you can always take the high road. Choose justice, at least, even if you can’t muster mercy.

The Moon is approaching a conjunction with two malefic planets, Mars and Saturn, and starting just after the Full Moon (at around 6:45 PM on Saturday) she will be “besieged” by them – trapped in between them for just over 24 hours. Furthermore, the Moon, Mars, and Saturn are all in Sagittarius and therefore ruled by Jupiter in Virgo (one of his least favorite signs), who is traveling close to the North Node of Fate.

So trust that, whatever gets revealed under this Full Moon’s light, it WILL move you forward toward self-actualization, just not necessarily in the way you wanted, or a way that’s easy to deal with. As Carl Jung wrote, “A man who has not passed through the inferno of his passions has never overcome them.” This is your chance to pass through that inferno!

Venus, the other Goddess among the traditional planets, is having a similarly hard time right now; she’s currently passing near Algol, the meanest fixed star in the heavens. Also known as the Head of Medusa, Algol is associated with beheadings – both figurative and literal.  The challenge is (in the words of Rudyard Kipling) to “keep your head when all about you are losing theirs and blaming it on you.” Don’t take it personally. Just keep moving.

When cast for the East Coast of the United States, the Full Moon chart has Libra is on the horizon, making Venus the chart’s ruler. Lurking just below the surface, in the chart’s Twelfth House, are two of the more prominent feminine asteroids, Lilith and Juno. Think about the role these Goddesses played in mythology. They were NOT ones you wanted to mess with! And right now, both asteroids are in Scorpio, a paranoid sign that amplifies their emotional volatility.

Over on the opposite side of the chart, Uranus in Aries is less than a single degree away from the dwarf planet, Eris. The nature of Uranus is to add his explosive energy to whatever he touches, and now he’s touching Eris. Remember Eris? She’s the one who started the Trojan War, just because (like the bad fairy in Sleeping Beauty) she didn’t get invited to a party. Watch out for jealousy and discord. Resentments that have been brewing in secret are ready to pop up into consciousness and full expression.

Ceres, the Mother Goddess asteroid, is also making her way through the warlike sign Aries, and it causes her to be unusually passionate and forceful. Currently trine to Saturn and approaching a square to Pluto, she wants to set boundaries and really put her foot down on any manipulative, sneaky, or passive-aggressive behavior. When Pluto stole her daughter, she didn’t take it lying down. You don’t have to either.

The current lunar cycle started with the New Moon on November 22nd, 2014 and its opening quarter was on August 22nd, 2015.  Look back to what was going on in your life on those dates. You can expect new information or new movement in the stories that were prominent then. The cycle will end with a closing quarter Moon on February 18th, 2017.

Now . . . assuming that we all survive Saturday and don’t get burned to ashes by the Angry Feminine (knock wood), we can look forward to big revelations on Sunday with Mercury’s station at 9:20 AM Eastern time. After moving backwards for almost four weeks, the God of Communication stations at 14 degrees Taurus and starts to move forward under the light of the Full Moon on the World Axis of Important Information!! The information will be of the nature of Jupiter and Pluto, as Mercury is talking to them by means of a Grand Trine in Earth. The fact that Mercury is also the ruler of the Sun in Gemini, makes the illumination especially potent and fated. 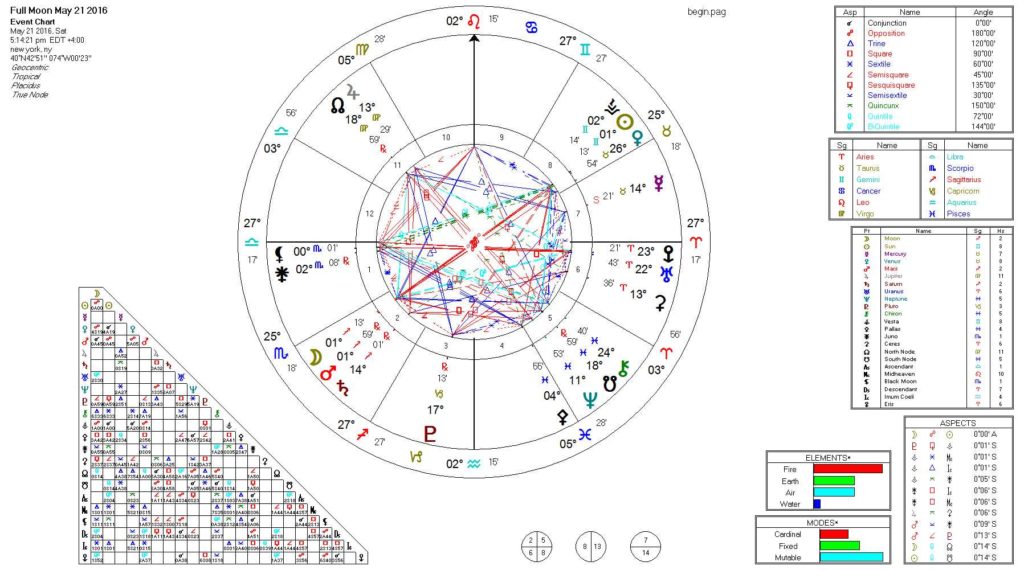 The Sabian Image for the Sun in Gemini is : A NERVOUS GENTLEMAN, DRESSED IN AN ELABORATE SANTA CLAUS COSTUME, IS FILLING CHRISTMAS STOCKINGS SECRETLY

Lynda Hill’s interpretation of the Sabian Image is: Commentary: ‘A Nervous Gentleman, Dressed in an Elaborate Santa Claus Costume, is Filling Christmas Stockings Secretly’. ‘Stockings’ are hung by the chimney in the hopes of getting good things from ‘Santa Clause’, otherwise known as St. Nicholas. The story of ‘Santa Claus’ and the ‘Christmas Stocking’ tells us that, out of compassion, he tossed three coins down the chimney of the home of three poor sisters. Each coin fell neatly into ‘Stockings’ left drying by the hearth. We therefore leave our ‘Stocking’ out in hopes that a similar bit of good fortune will befall us. He appears to be ‘Nervous’ and acting ‘Secretly’; sneaking around. Perhaps this is because he wants to get his job done before the household wakes and he is discovered doing his rounds.

Oracle: Someone may be tiptoeing around, like ‘Santa Claus’ in an effort to give out gifts while no one is looking. Be gracious and let those carrying the gifts have the pleasure of your reaction. You may, however, draw this Symbol in a situation where you are suspicious of someone being up to something. This Symbol may be saying that your fears are possibly not only unfounded, but can actually be quite wrong. You need to trust that something good is happening, and trust those involved in this situation. This may be occurring in the reverse if you are trying to surprise someone with a gift. Perhaps the giver in this situation is you? If so, dispense what “gifts” you have in any way that you can. It is not necessarily the gift, but more the thought that counts. What would happen if the lights were suddenly turned on? Would things suddenly be known and revealed that were not apparent or visible before?

The Caution: Hiding true gestures behind futile pretense. Concealing true intentions with a façade of goodness. Trying to get away with something. Stealing, shoplifting. Intrusion. Giving others what they want in a sly and secretive manner. Sneaking around in the dark. Bribes. Self-gratification. Eavesdropping and voyeurism.

The greatest pleasure I have known is to do good action by stealth, and to have it found out by accident. Charles Lamb

I stopped believing in Santa Claus when I was six. Mother took me to see him in a department store and he asked for my autograph. Shirley Temple Black

I feel like the cat that ate the canary some days. Bill Clinton

‘Twas the night before Christmas, when all through the house, not a creature was stirring, not even a mouse. The stockings were hung by the chimney, in the hope that St. Nicholas would soon be there.  Clement C. Moore

Lynda Hill’s interpretation of the Sabian Image is: Commentary: ‘The Ocean Covered With Whitecaps’ shows what happens when the wind whips up the surface of the ‘Ocean’, turning the water to froth. The wind can sometimes quickly bring up a storm, coming seemingly from out of nowhere. What appears on the surface is often very different from what’s happening just below it. Things are much calmer and quieter than you would imagine from looking at the whipped up ‘Whitecaps’.

Oracle: The day-to-day experiences of life can create a “quick wind” which can blow out of control if things get overheated or overstated. Because these experiences take up a lot of space in our current thoughts, they seem to be more important than they really are. In essence, they are really only passing by, just so much “froth and bubble” or “monkey chatter” and will be soon replaced by other considerations. The effect, however, can play havoc with your emotions and can create some storms of their own. At this time there seems to be a lot going on and you may feel that your emotions are on a real bumpy ride. You may find that surface emotions have been whipped up and this has led to a concern that is disproportionate to the depth of the issue. Things have a deeper sense of strength and permanence than they seem on the surface. Whether your situation contains difficult components, or whipped up and excited ones, the truth of the matter is that the foundations of your life are much more settled and the surface emotional distress is probably just misleading matters. Staying anchored to what is true, permanent and stable in your life can help you get through whatever has been churned up. If you just understand that the wind will die down, or at least change, then you can simply ride out this time secure in the strength of your deeper stability. Getting below the surface where things are calmer and more reliable could alter your perspective.

The Caution: Getting fussed and irritable over nothing, or at least very little. Nervousness. Whipping up emotions and reactions. Overdoing things. Not knowing how to rest. Responding too readily to external conditions. Gathering gloom.

Thou shalt not separate thy being from BEING, and the rest, but merge the Ocean in the deep, the drop within the Ocean. H.P. Blavatsky

Don’t think there are no crocodiles because the water is calm. Malayan Proverb

The winds and the waves are always on the side of the ablest navigators. Edward Gibbon

Always behave like a duck-keep calm and unruffled on the surface but paddle like the devil underneath. Jacob Braude

Lynda Hill’s work appears with her permission.  Check her out at Sabiansymbols.com