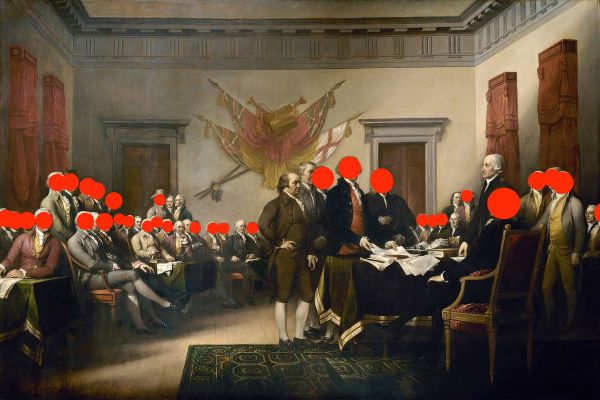 Originally published as a newsletter on 1/16/21:

Welcome to the changes. This newsletter is going to get a little dark, so beware. If you’re up for learning more, please keep reading. If not, just keep your head down and stay away from crowds.

For years now, astrologers have been fretting over the 2021 presidential inauguration chart. Coming in the midst of an all-around turbulent month, this January 20 will see a Mars-Uranus conjunction at 3:38 PM Eastern US time, just a few hours after Biden is set to be sworn in.

Uranus, meanwhile, JUST stationed direct at 6 degrees Taurus in the wee hours of Thursday, January 14. The planet that rules chaos, explosions, and ruptures makes his presence felt on earth in the days around the station — and soon he’ll start traveling forward again, touching pieces of sky that he hasn’t touched since the 1930s.

Mars, who entered Taurus on January 6, is careening through the early degrees of that sign, gathering force from his square to Saturn on Tuesday the 12th. This encounter leaves the God of Action with the brakes off, and because he moves such a lot faster than Uranus, he will catch up with him at 6 degrees Taurus next week.

Uranian energy is everywhere and it can give you whiplash. Remember to relax and roll with the energy — when you tense up, the tension makes the impact worse. Think tumbling falls where you roll into it or learning how to fall in martial arts class or when you learn to ski, snowboard or skate. Summon up your inner Aquarius self: cool, collected, rational, altruistic, and humane.

To the extent that you can, avoid groups (another Aquarian-Uranian keyword), especially near the US state capitals, but other places too. I recently had a reading with a psychic whom I admire, who’s predicting two waves of sectarian violence — like an earthquake and its aftershock — in the United States, between now and the 21st. As the nodes are in Gemini/Sagittarius we can anticipate multiple locations due to the mutability of those karmic points. As frequently happens, Johanna’s psychic prediction matches the out-of-control astrology energy — so be conscious of crowds that can shift in a moment.

These are transits and they’ll pass. It won’t be so intense every week.

That said, we Americans still have a ways to go till the end of our national Pluto return, which officially begins in February 2022 to and runs through December of that year. And because the Mars-Uranus conjunction also sets off a new two-year cycle, the issues and concerns that are with us in this moment will be continue to recur and to resonate as the cycle runs.

Stay safe, there’s a great deal of work left to do!

P.S. The image above was created by Arlen Parsa from the 1818 painting “The Declaration of Independence” by John Trumbull.