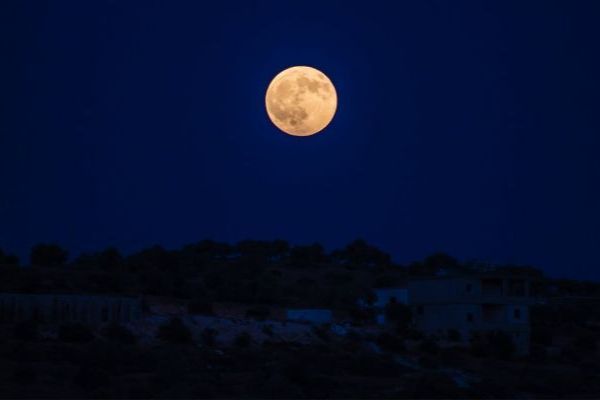 The Sun entered Aries at 5:58 PM Eastern US time yesterday evening, March 20, 2019: the start of another lap in his circular twelve-sign journey through the heavens. Because Aries is the first sign in the Zodiac, many astrologers regard this event as the REAL new year here on earth, the annual refresh and reset.

It is also, of course, the Vernal Equinox: the moment when the Sun crosses the equator moving northward, one of only two days in the year when the energies of night and day find themselves perfectly balanced (the other, of course, is in Libra, the sign of the scales). It is a peculiar and magical time on earth. Have you ever tried standing an egg on its head at the moment of alignment? It works, then as the Sun moves up over the equator, the egg rolls towards the earth.

Furthermore, for those in the Northern Hemisphere, this Aries Ingress marks the start of the growing season: winter is over and spring is springing. It will continue to do so through the two succeeding signs of Taurus and Gemini. Depending on how you look at it, today marks the start of a 30-day cycle (Aries season), a 90-day cycle (springtime), AND a twelve-month cycle (the Sun’s next whirl through the signs).

This exuberant energy of beginnings is contrasted and softened somewhat by the fact that the Moon is void of course at the moment of the Aries Ingress: i.e. that the Virgo Moon has already made the last aspect she will make (counting only Ptolemaic aspects and traditional planets) before changing signs. The Virgo Moon’s last aspect was a square to Jupiter at 11:22 AM Eastern US time on Wednesday, March 20th . . . so she’s off the clock until she enters Libra at 9:28 PM in the evening on the 20th.

The traditional interpretation of a void-of-course Moon is “nothing will come of it.” It is meant to be a time for resting and recharging. Like I say on my Twitter feed, the Moon’s not working and you shouldn’t be either. In our busy industrial world, we often don’t honor the rhythms of nature, or take time to nourish our spirit. Respect your Moon! When the Aries Ingress chart is cast for Washington, DC (see below), the planets form what astrologers call a “bucket” with the Moon in Virgo as its “handle,” making her especially important right now.

With Neptune and retrograde Mercury in Pisces sitting directly opposite the Ascendant, this upcoming cycle can be fraught with miscommunication and mixed signals, with the lack of boundaries and absence of emotional clarity. The best way to handle it is to go slow. Take it one day at a time. Like they say in Rent, no day but today!

The Universe is asking us now (for the next 30 days, the next 90 days, and the next 12 months) to do the HIGHER form of Mercury-Retrograde-in-Pisces-in-the-Seventh-House-of-the-Other. Tap into the deep well of compassion that lives within you. Don’t rely on words. Stay in the present moment to avoid confusion. Practice “feminine” leadership in the face of suffering.

As a Solar Virgo myself, I can tell you that Virgo energy is a real crabby b*tch at times. The Moon in Virgo has an especially rough time of it, and especially as now, when she’s all alone in the First House and without any major aspects linking her to her other friends up in the heavens. “Perfectionism,” as Anne Lamott says, “is the voice of the oppressor.”

One of the strongest features of this Ingress  is the Mercury-Neptune conjunction. This aspect continues to hold till the first week of April. That swamped, overwhelmed, depressed feeling that we all have — especially the Air and Fire people — will dissipate around April 10. Be extra cautious around your drug of choice (mine is truffle pizza!) and watch out for obsessive behavior. Creative abilities are also keenly activated under this aspect. Focus on your art! We’ll discuss all this and more in my next webinar this Sunday, March 24th.